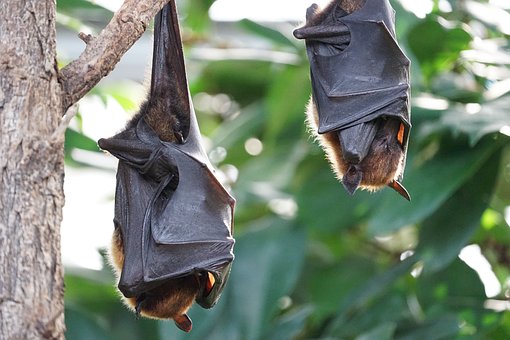 Furthermore, they are carriers of several other infectious viruses, bacteria, and parasites. However, simply because a bat is a host doesn’t mean they’re infected, or even infectious. Continue reading to learn more about transmissible bat diseases, including the answers to a number of the most often asked questions asked by readers just like you.

Which Diseases Can Bats Carry and Transmit?

Bats are most famous for being carriers of the Rabies virus. Additionally it is possible for bats to take the SARS virus (severe acute respiratory syndrome), however, it’s uncommon, and the transmission from bat to human is even rarer. Other than zoonotic viruses, bats can also lead to additional health concerns. Their droppings (also known as guano) can grow fungi spores (Histoplasma Capsulatum) which become airborne. If inhaled, it can cause a respiratory illness called Histoplasmosis, which can be incredibly acute for young children, elderly folks, and people with weakened immune systems. Bats can also lead to parasitic outbreaks, including lice, bat mites, bed bugs, and fleas.

What Happens when a Person Gets Rabies?

Every time a human has contracted rabies, they will start to display particular signs, in which case they will have to visit the emergency room immediately. These signs will appear similar to the flu or common cold, with symptoms like headache and fever. As the virus progresses, other signs such as dizziness, anger, and confusion. Now, if a person is ever infected with Rabies, he or she can go to the emergency room and get effective treatment to stop the virus from multiplying.

Can Pets Get Infected?

All these illnesses and parasites may be transmitted to both people and pets. It is important to have your pet correctly vaccinated every year to prevent complications or fatalities that result from a wild animal attack or bite. Common pet vaccines include: Rabies, Leptospirosis, Bordetella, Distemper, Parvovirus, Adenovirus, and Parainfluenza. Vaccinations are important for people also, especially children and those with weakened immune systems.

The most common way of viral or bacterial transmission is through blood or saliva. This often happens in the shape of a bat bite or scratch. Typically, a person bitten by a bat will be instructed to immediately seek medical attention. In case that you or a loved one is bitten by a wild animal, it’s important to call your physician immediately. Depending upon the description of the bat and the boosters you have one file, your doctor will determine whether or not you need emergency services. If a pet is bitten, take them into the emergency vert clinic straight away.

There are a number of diseases that could affect bats, but can’t be transmitted to other mammals. The most common disorder is named White Nose Syndrome (WNS). It gets its name from the distinctive symptoms it renders in bats, namely a white fungal growth in their noses, muzzles, and other areas of the body. Geomyces destructans is a newly-discovered fungus that’s suspected to trigger White Nose Syndrome in bats. Bats infected with White Nose Syndrome will show strange signs and display strange behaviours. This includes daytime activity and clustering close to the entrance points of the roost. In North America, this disease is spreading quickly among Microchiroptera inhabitants, and has caused millions of bat fatalities.